CJSC “Aleyskzernoprodukt” named after Sergei N. Starovoitov is a powerful agricultural complex with the complete technological cycle of grain growing and processing, manufacturing and packaging.

Modern technologies, high quality, the wide range of products, best prices and the professional team of fellow-thinkers make the enterprise one of the leading flour manufacturers in Russia.

Milling plant no.1
It is working on the equipment of the Swiss company «Buhler». It is processing soft varieties of wheat. The capacity accounts for 750 thsd ton daily.
Milling plant no.2
The capacity accounts for 430 thsd ton daily, selecting the semolina to 5%. It is working on the equipment and technology of the Italian company «Braibanti Golfetto SpA». The total output of flour accounts for at least 76% (in some periods – 78%).
Milling plant no.2 consists of rye graded flour milling, the capacity of 50 thsd ton daily. The production is computerized and is maintained by one worker.
Pasta production plant
The capacity is 48 thsd ton of short-cut pasta daily. The plant started its operation on December 17, 2003 by the 71st anniversary of CJSC “Aleyskzernoprodukt” named after Sergei N. Starovoitov. Pasta production is carried out on the equipment and following the technology of the Italian company «PAVAN».
Oat-meal mill
It is partially equipped by the machines of the German firm «Schule Muhlenbau». It processes about 100 thsd ton of oat daily, produces oat flour, grits (not-shtredded), cereals “Gerkules”.
Cereal plant
Peas, barley and the wheat of hard varieties are processed here. Its capacity depends on the feedstock and accounts for 25-45 ton daily.
Cereal flakes production plant
It produces quick-fix and instant cereal flakes about 48 ton daily.
Oil mill
It processes about 40 ton of sunflower seeds daily by cold press. The oil is bottled in 1 litre, 2.5 litre and 5 litre bottles, 200 litre barrels.
Feed-milling plant
Launched in 1961. It is equipped with the machines of the company «Van Aarsen», the capacity accounting for 1 000 ton of combined feeds daily. Due to precise dosing of the components, the combined feed corresponds to the formulation exactly.
Premixes (vitaminized supplements) production plant
Launched in 2002, producing about 130 ton of the finished product daily. In-house production of premixes provides for making those by any formulation.
Dog feed production plant
Launched in May 2004, it is equipped with the machines of the Danish company «Sprout Matador», the capacity accounting for 20 ton of dry complete dog feeds daily.
Production plant of polypropylene bags
Launched in March 2004, it is equipped with Indian machines, the capacity accounting for over 12 mln. bags annually. The plant produces both white polypropylene bags with the printed logo and bags with the full-color pictures (laminated).
Laboratory
CJSC “Aleyskzernoprodukt” named after Sergei N. Starovoitov has a certified laboratory which includes:

The laboratory of the enterprise is equipped with modern facilities, machines and computers. Based on the schemes of techno-chemical control, worked out at the enterprise and conformed with the Federal service of customer’s rights protection and human well-being surveillance, the laboratory carries out the incoming inspection of the feedstock and the transition products. It also carries out the outgoing inspection of the final product.

Before receiving the grain which is transported to CJSC “Aleyskzernoprodukt” named after Sergei N. Starovoitov by lorries, grain probes are taken with its further quality testing. The pneumatic sampler device U1-UPP is taking probes. It was put into operation in 2002.

Besides all the things mentioned, the enterprise includes the elevator, warehouses of simultaneous storage for 100 thsd ton, storage depots, depots for production shipping, a power building, a boiler and the enterprise main office. Also there is a medical post, a cafeteria and a trade union committee. 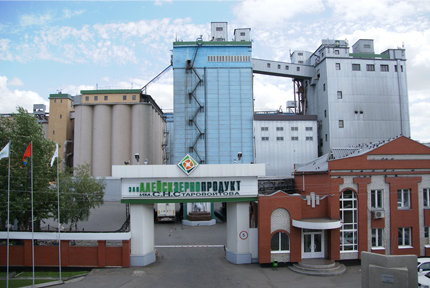 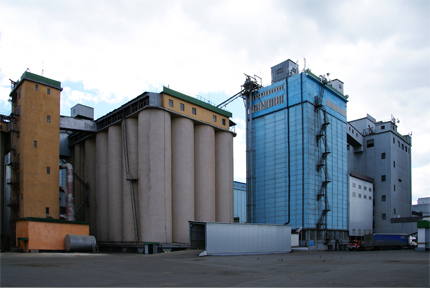 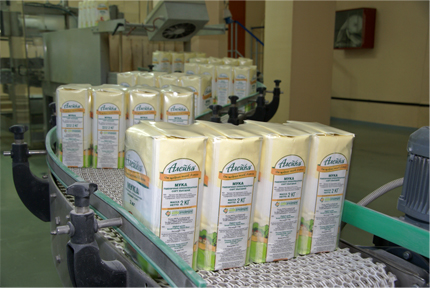 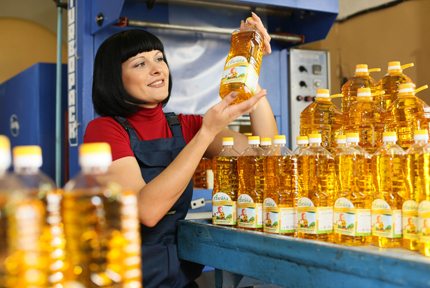 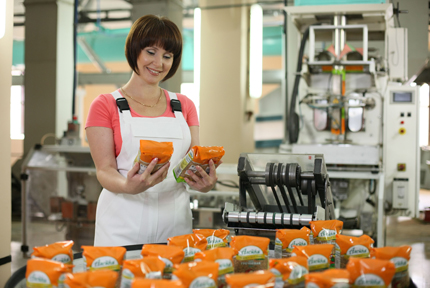 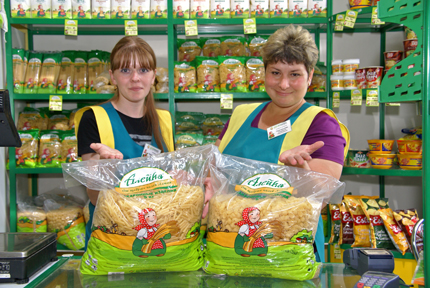